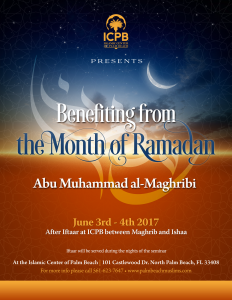 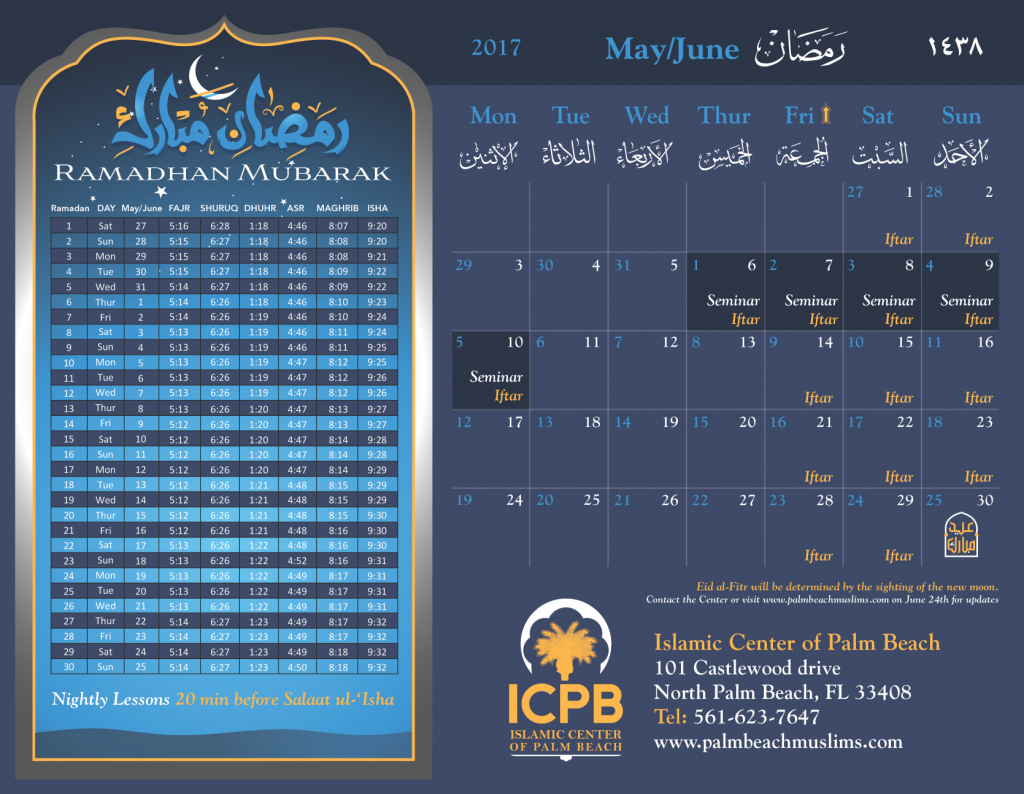 The moon has been sighted; therefore, Taraweeh will begin tonight (Friday May 26th, 2017) at ICPB after Ishaa salaah  and Ramadan fasting begins Saturday May 27th, 2017.

“There has come to you Ramadaan, a blessed month, in which Allaah has made it obligatory to fast. During it the gates of Paradise are opened and the gates of Hellfire are closed, and the rebellious devils are chained. In it is a night (Laylatul-Qadr) which is better than a thousand months. He who is deprived of its good has truly been deprived.” (Reference: Saheeh An-Nasaa’ee)

We ask Allaah to accept our fasting and prayers. Please note the following important community announcements:

Iftaar will be provided at ICPB every Friday, Saturday, and Sunday night. For any questions about sponsoring an Iftaar, please contact ICPB at (561) 623-7647 .

We welcome you all to what we hope will be a very beneficial Ramadan for all of us. 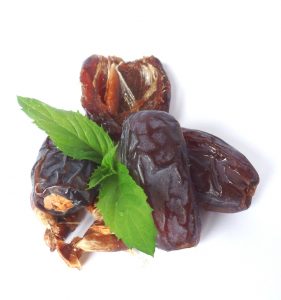 We have entered the Islamic month of Sha’baan, the month preceding Ramadan. This message is a reminder to perform optional fasting in this month, as it has come in the authentic Sunnah:

It was narrated that ‘Aishah, may Allaah be pleased with her, said:
“The Messenger of Allah did not fast any month more than Sha’baan; he used to fast (all of) it, or most of it.” (Reference: Saheeh An-Nasaa’ee)

We ask Allaah to accept our good deeds. 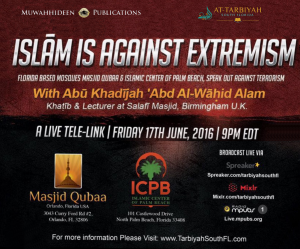